Many industries. Many clients. Many successes.

We have extensive experience in the aerospace, rail, nuclear, defence and security industries, the NHS and financial services.  Here are some examples of the work we’ve done:

Our client was introducing a new wave of ‘big data’ driven operational IT and they chose us to provide business change support to work alongside their systems integrator. It quickly became apparent that the client operations teams weren’t ready to make use of the planned new tools.  So to prepare them we made small changes to their current systems which mimicked the behaviour and thinking that was needed and we found another part of their business that had successfully introduced similar changes.  We facilitated briefings and moved people between these teams so that by the time the new system was ready to be demonstrated everyone recognised the potential benefits.  Ultimately the system was implemented without any substantial re-design and it was quickly adopted by the operations teams.

Engaged by an operator of a large industrial site to improve the service delivery of their 3rd party supplier contracted to maintain and operate a £20m utility network capability.  Using both qualitative and quantitative information gathering methods, we developed a risk-based assessment of the existing network assets, costed individual investment projects and developed a prioritised programme of risk mitigation investments using a ‘golden thread’ approach.   This ensured the supplier understood the client’s business strategy, the operational risks to the achievement of that strategy and how the outcomes delivered by the investment programme would achieve that risk mitigation. We were then asked by the client to support the supplier in implementing project KPIs and programme performance indicators that enabled our client to measure the supplier’s project delivery performance and the overall effectiveness of the investment programme. The client used the developed performance dashboards in monthly reviews with their supplier to report on the programme’s performance, ultimately realising the expected operational risk reduction, with the outcomes in the first year of the programme delivered 10% under budget

Contracted to implement a Theatre Management System within a National Health Service Trust, the project was in the final stages of supplier selection when the Trust received news it was scheduled to receive one of the final two chosen systems under central funding. The solution would have been delivered in 8-12 months, so we reviewed the business case and recommended to the Project Board that the project is stopped, as the project was no longer commercially viable. This effectively ended the contract, but due to the trust built with the client, we were then asked to plan the next stages of the programme for them. 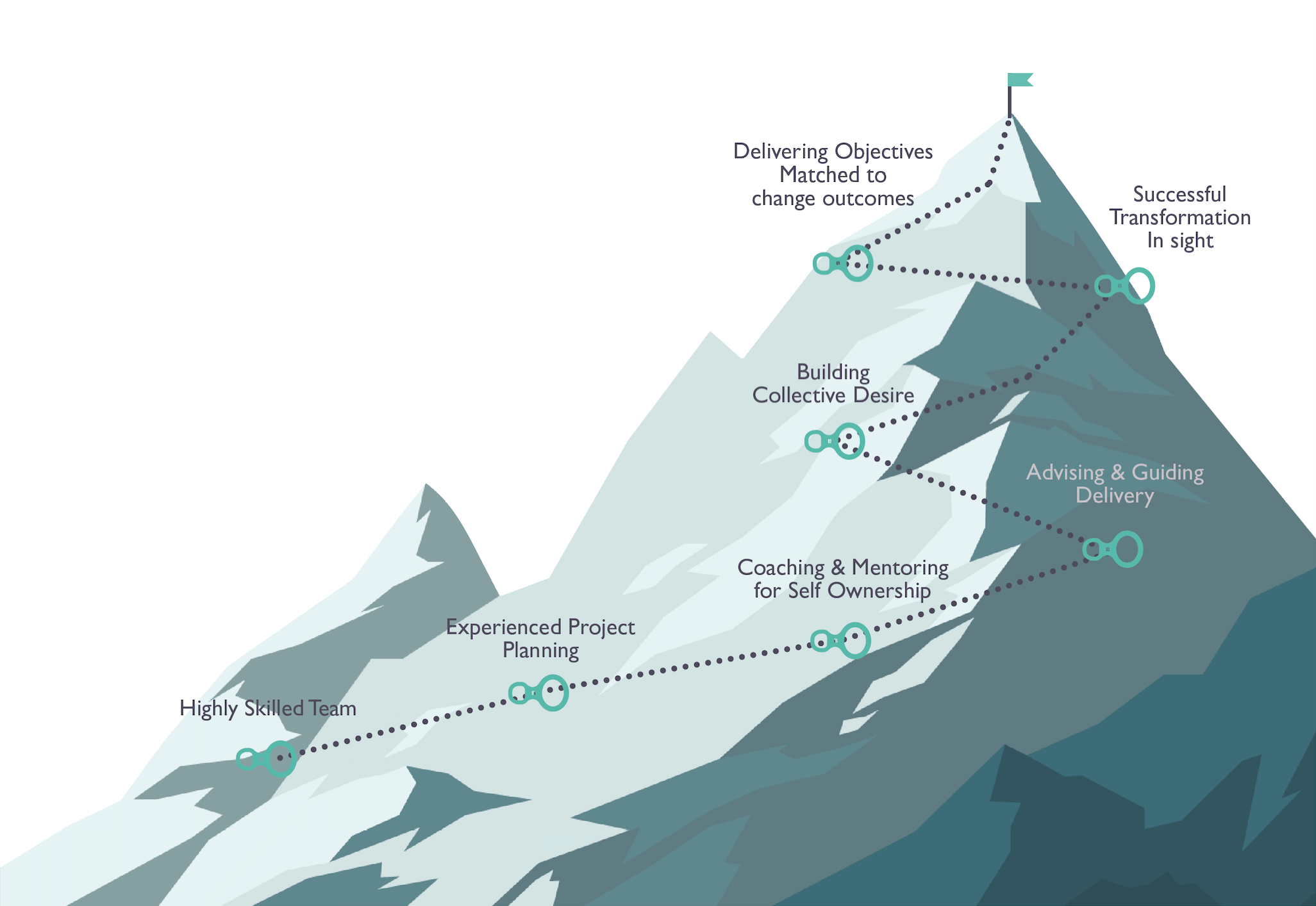 Belay specialises in designing and delivering transformational programmes and projects. Your success matters to us and in a world where many change and transformation initiatives fail to deliver long-term value, it’s important that you work with experienced and committed partners like us.